Marquez has now equalled Jim Redman and Geoff Duke’s tally of 6 World Titles in his career.

Marc Marquez: “I’m living a dream. ‘Six Titles’ are big words. The truth is that I’m incredibly happy because we worked so much this year, and today the race was incredibly tense and exciting—a bit ‘Marquez Style.’ I made a mistake, but I also made my best save of the year. From that moment on, I just tried to finish the race in a good position. I’m sorry that Andrea didn’t finish the race, as he deserved to do so. He had an incredible season and I would have liked to have him on the podium with me today. The key to the year has been our mentality. In our world it’s very important to remain positive and motivated during the difficult moments. Some things happened to us at the beginning of the season but when we found the way to sort things out, everything went better. Congratulations to Honda and the entire team for the Triple Crown. It’s an amazing achievement. Winning the Title at the last race of the season in front of our fans is one of the best things possible, really special. Now I want to enjoy this with my entire team and my family, and after that we’ll start to work for next year.” 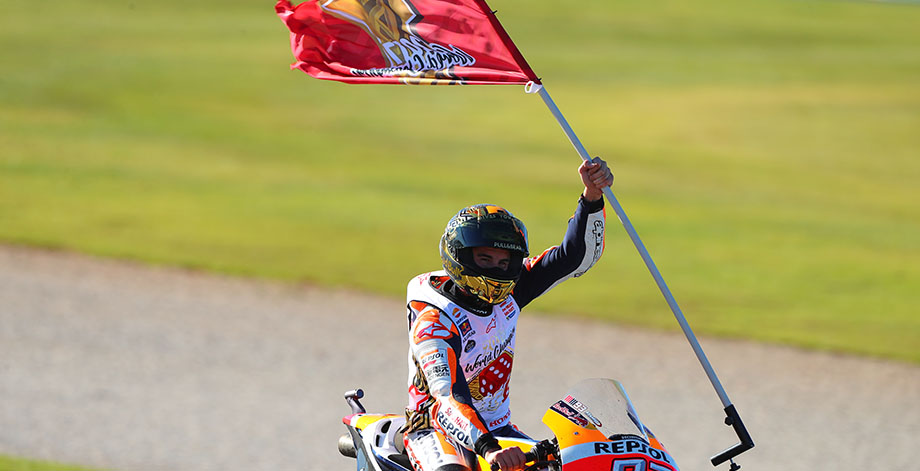